You’ve just gotten off your long shift and you are dying to sleep. But you’re still awake after hours of lying in bed. As much as you want to, you can’t sleep. That’s when you start thinking about holistic sleep aids.

“There’s got to be a natural way to help me sleep.” If you’ve been wanting better sleep, we have good news. Below we’re going to over the top 5 holistic sleep aids.

Are You Ready for Quality Sleep?

Melatonin helps you sleep when you need it most.

1. Melatonin-The Most Natural of Sleep Aids

If you’re looking for an all natural-holistic way to sleep, look no further. Not only is melatonin a well-known sleep aid, but it’s also a hormone that’s made by our own bodies! Our melatonin levels usually rise in the hours before bed and taper off when we wake up in the AM.

People have taken melatonin supplements to fend off jet-lag and help them get an overall better sleep. The biggest benefits of melatonin is that it can help you sleep during the day.

Suppose you go to college and work. With all the hours you put in it can be hard to find time to sleep. And when you do, you just lie awake. This is where melatonin works best. By taking a melatonin supplement you can catch some Z’s during the day and get better rest at night.

It should be noted that while short-term use appears safe, not enough is known about the long-term effects. Use it only when you can’t sleep and talk to your doctor if you have consistent trouble sleeping.

Magnesium is probably the second most holistic and natural sleep aid as it’s involved in many body processes. One thing magnesium does is regulate the production of melatonin. Magnesium also helps quiet the mind calm the body by increasing gamma-aminobutyric acid (GABA). GABA is a neurotransmitter known to send calming messages throughout the body. Having a calmer mind can make it easier to doze off at night.

Magnesium deficiency has been linked with poor sleep and insomnia and taking a magnesium supplement can vastly improve your sleep. However, even if you aren’t lacking in the bodily mineral, taking magnesium can improve the quality of sleep you get.

One study did conclude that taking a magnesium supplement has been linked to better sleep. However, because the study was mainly done on seniors living in a long-term care facility, it’s hard to know if their sleep improved because of the supplements or because they lacked magnesium.

Like with melanin, not much is known about its long-term effects. So only take it when you really need that extra push to sleep.

Get the Boost You Need!

Valerian root is a holistic herbal supplement that’s native to Asia and Europe. It’s widely used in the US and Europe as a sleep aid but can help people going through anxiety, depression, and menopause.

Some studies have found valerian root to help sleep but the results were subjective. Instead of making objective observations via heart and brainwave monitoring, the study relied on the participant’s perception of sleep quality.

It’s safe to try it on yourself, but some people have reported dizziness as a side effect. Also, like the other entries on our list, long-term effects have yet to be studied so be careful about long-term use.

Lavender is a purple flower that’s found on almost all continents. This plant is proven to have many sleep-inducing effects on the body. Some studies have found that simply smelling lavender oil 30 minutes before sleep improves sleep quality. Other studies have concluded that lavender can help young women and those with mild insomnia.

In fact, one study discovered that taking 80 mg of lavender helps those with anxiety improve sleep. 221 people participated in the study with a control group taking a placebo. While people the in the control group did get a better rest, the lavender group had a 14-24% improvement over the placebo group with no side effects.

So far aromatherapy appears the safest way to use lavender. While the study mentioned above listed no side effects, others have linked lavender supplements to stomach pain and nausea. So until more studies are done, it might be best to stick with lavender aromatherapy. 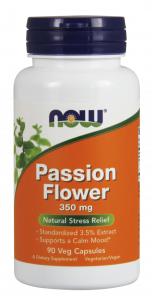 Passion flower, also known as Maypop, is a popular sleep aid. The species of flower most used for sleep is native to North America. It has been studied for its ability to improve sleep and the conclusions are interesting.

Participants were asked to drink passion flower tea an hour before bed for one week. The tea was steeped for 10 minutes. After the week was up they were asked to take a break for a week before drinking parsley tea. After the three-week study ended it was objectively noted that neither tea produced better sleep. However, the study participants subjectively state that their sleep improved 5% when drinking the passion flower tea.

1.2-gram passion flower supplements have been studied alongside conventional sleep aids and placebos but no difference was found. For now, it seems passion flower tea provides the best sleep aid. While there is no harm in testing this out for yourself, more study is needed.

If you’re looking for a quick boost and a better, healthier sleep, try taking Carbon 60 in olive oil today. Many who have taken C60 in olive oil say it makes their usual workout routines easier to complete and leave them less winded at the end. To learn more about what C60 can do, click here.