C60 Olive Oil has been everywhere lately. Especially since your friends have been taking it. But as you watch them take their latest dose you wonder, “Is it really that great?” If you’ve always wanted to know more about C60 olive oil and the breakthrough study that got everyone talking, read on.

Are You Wanting a Healthier Life?

C60 has an interesting history. Like most medical breakthroughs, it took a while to catch on in the medical community. Carbon 60 (also known as C60) was first mentioned in 1965 in an articleÂ written by scientist Harry P. Shultz titledÂ Topological Organic Chemistry. Polyhedranes and Prismanes.Â The collection of carbon atoms known as C60 was wasnâ€™t mentioned again until 1970 whenÂ Toyohashi University of Technology professorÂ Eiji Osawa described it. At the time he was describing theÂ polycyclic aromatic hydrocarbon molecule, a structure that looked like five hexagons surrounding one pentagon. In this description,Â he hypothesized that thereÂ could be a spherical version of this structure. As it turns out this hypothesized structure posed real health benefits.

“Okay,” you might be thinking, “What’s amazing about all this?” Good question! To answer this, let’s first go over free radicals and the makeup of an atom. See, an atom is made up of protons, electrons, and neutrons. Protons have a positive electrical charge. Electrons have a negative electricalÂ charge, and neutrons have a neutral charge. They are held together by spinning rings called “shells.” When one shell runs out of space, a new shell forms. Like most things in nature, atoms work best when there is a balance. If an atom has an unbalanced number of electrons it runs free throughout the body to find a spare electron. This is called a free radical.

You may have heard the word “antioxidant” tossed around. It’s almost everywhere. It might seem like another health fad, but there is a good reason why people love antioxidants. It has to do with the number of free radicals in the body. A small number is not bad. In fact, some say there could be a benefit to having small numbers of free radicals. But having too many free radicals could lead to oxidative stress. Oxidative stress has been known to cause illnesses like certain cancers, and visible signs of aging. This is where antioxidants come in. Antioxidants are the true givers in nature. They can give an electron to stabilize a free radical without becoming a radical themselves. This means that if you have a steady diet in antioxidants, you could stave off signs of aging and illness.

Get the Power Boost You Need 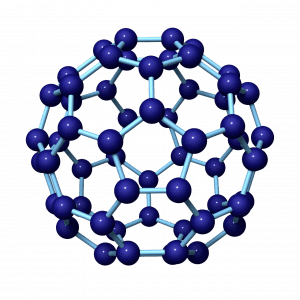 Where C60 With Olive Oil Comes In

By now you might be wondering how C60 fits into all this. Well, C60 has many antioxidant properties. In fact, instead of having one free electron to give, C60 with olive oil has several. This means that C60 has the power to stabilize several free radicals at a time. But the best part about C60 has to do with life extension. How? Well…

As we have said before, C60Â was on the verge of changing many fields of science. But the one field it changed the most was biology. The breakthrough study was done by Tarek Baati, Fanchon Bourasset, Najla Gharbi, Leila Njim, Manef Abderrabba, Abdelhamid Kerkeni, Henri Szwarc, and Fathi Moussa. It was published in 2012. In the study, the researcher team bought C60 from SES ResearchÂ to see its effects on Wistar rats. The rats were acclimated for seven days prior to getting dosages of C60. They each had their own cage. These cages were housed in an air-conditioned room. The rats were given access to enough food and water. For consistency, the rats were also given 12 hours of light and 12 hours do darkness. The Wistar rats were then given 0.9% sodium chloride solution through a catheter to â€œavoid possible clot obstruction.â€ The night prior to treatment the rats were fasted but had access to water. Then, researchers injected or fed a single dose of C60 (4 mg/kg of body weight) to the rats, in 2 groups of 3 rats each. They separated the rats into several groups. Some groups were givenÂ 1 ml of water, some were givenÂ 1 ml of olive oil, and the last groups were givenÂ 1 ml of olive oil with C60.

To accurately measure what C60 could do, blood samples were taken before and after the rats were given C60. Urine samples were taken 24 and 48 hours after. The rats were then sacrificed for organ collection and analysis. Upon studying the ratsâ€™ urine, blood, and brain samples, they discovered something amazing. The rats that were given olive oil had increased their lifespan by 18%. But the rats that were given the olive oil with C60 increased their lifespan by almost 90%! Yes, you read that right. Rats given C60 olive oil lived 90% longer than rats that didn’t get C60! This study was able to confirm the true antioxidant properties of C60 olive oil. While this study has not been conducted in humans, the results prove C60 really is anÂ amazing thing.

If youâ€™re looking for a quick boost and a better, healthier life, try taking Carbon 60 in olive oil today. Many say C60â€™s antioxidant properties make their usual workout routines easier to complete and leave them less winded at the end. To learn more about what C60 can do call (713) 686-9662 or,Â click here.